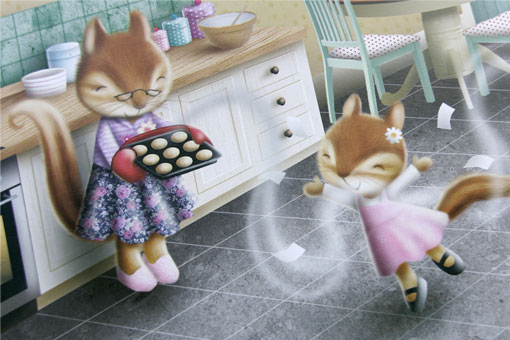 It all started from a bed time story, where a little squirrel goes on a treasure hunt and at the end of the trail, there’s a plate of freshly baked cookies! The story captivated our two children and a few days later, they were on their own treasure hunt, hungrily seeking the warm cookies that awaited their successful clue solving adventure.

The treasure / cookies were sooo yummy, we all commented that they were good enough to sell and when Bailey (then 7) and Zac (5) said they thought they could sell enough to get to Disneyland, we thought they would forget the idea soon enough. However they did not!

Armed with a cardboard box, 100 cookies and some basic sales training, our intrepid mini-entrepreneurs were off (under the name ‘The Lovely Cookie Company’)...knocking on doors, offering samples and selling their amazing cookies.

A few months later we took a stand at the Solihull Fine Food Market (under the new name ‘Wicked Cookies’ and haven’t looked back since! We continue to create amazing new flavours, vegan / dairy free cookies and now gluten free cookies...all with the same wicked taste.

...and yes, Bailey and Zac did get to go to Disneyland! 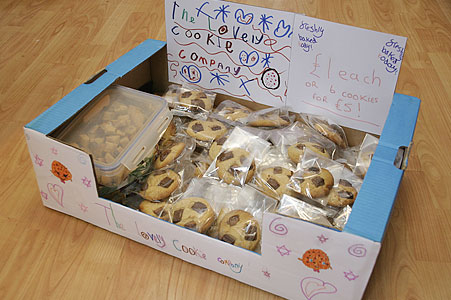 In 2019 we moved into our new bakery in Nuneaton. Previously known as 'Round Towers Bakery' the site had been a bakery since the 40's and still had the original brick built oven in place! After about 6 months of renovation, we moved in and have been merrily tantalising the locals with the smell of freshly baked cookies ever since!